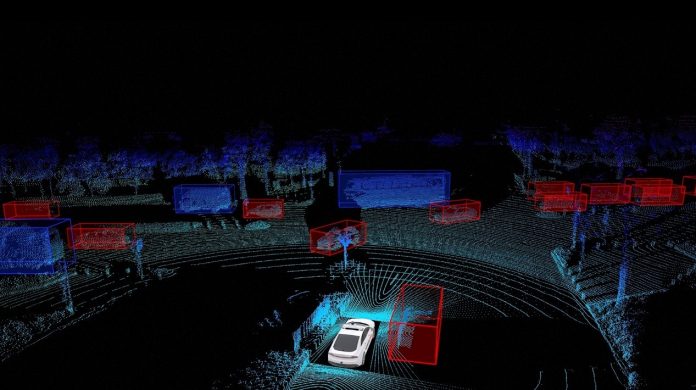 RoboSense announced its launch of a developed and complete LiDAR perception solution for Robo Taxi (RS-Fusion-P5) in markets outside China. The RS-Fusion-P5 was first launched in China last month. Equipped with an RS-Ruby and four RS-BPearl, The RS-Fusion-P5 is considered to be the alternative to Waymo’s LiDAR solution, further accelerating the development of Robo Taxi.

Full Coverage, Zero Blind Spots In The Range Of 200 Meters

RoboSense RS-Fusion-P5 uses an RS-Ruby on top of the vehicle to ensure a sensing range with a radius of more than 200 meters. However, even if the vertical field of view (FOV) of RS-Ruby reaches the perfect angles from -25° to +15°, there is still a small blind zone around the vehicle body. Therefore, to cover the small blind zone, 4 RS-BPearl embedded sideways around the vehicle form a hemisphere FOV scanning area relative to the vehicle’s perspective, to guarantee a complete 360° surrounding view.

The RS-Fusion-P5 solution fuses point clouds from RS-Ruby and RS-BPearl in real-time, and generate laser points of more than 4,600,000pts per second.

Through its advanced AI perception algorithms, multi-sensor fusion and synchronization interfaces, vehicles are able to identify all-around obstacles and position easily and precisely.

RS-Ruby achieves the anti-interference of multiple LiDAR using special laser encryption technology to filter interference signals. Meanwhile, it is not affected by the strongest direct-sunlight. Its LiDAR reflection intensity reaches a perfect balance of consistency and distinction.

RS-BPearl Reaches The Minimum Detection Range Of Less Than 5cm

The embedded four RS-BPearl form a hemispherical FOV coverage of 90 ° * 360 °, which not only can precisely identify objects around the vehicle body such as pets, children, roadbeds as well as other details of the near-field ground area, but also detect the actual height information under particular scenarios such as bridge tunnels and culverts, further supporting autonomous vehicles for driving decision making and greatly improving car safety. 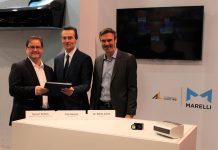 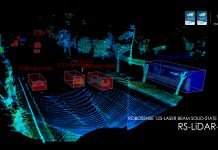