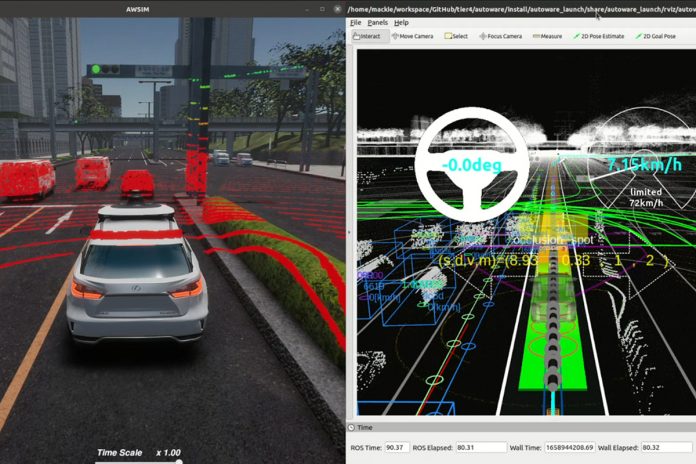 TIER IV has announced the launch of its Scene Simulator for Autoware (shortened to AWSIM), an autonomous driving simulator oriented around digital twin technology. With it, the startup is aiming to support the efficient development of new autonomous driving systems.

To realize the evaluation and verification of its new autonomous driving software, TIER IV first sought to achieve real-world driving and traffic environment simulation. In doing so, it developed a virtual world based on 3D model maps – pairing these maps with sensor data models and realistic physical models.

In the coming months, new synthetic training data will automatically be generated for machine learning practices – reducing the costs associated with training as well as the validation of object detection and environmental recognition. The end-to-end simulator solution will support the existing modes of testing available today. TIER IV has said that this integration will in turn enable efficient validation practices according to each target objective, resulting in safer autonomous driving experiences.