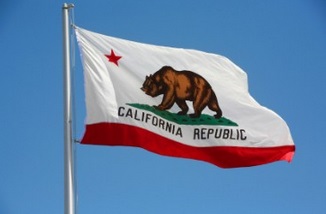 Apple executives have discussed their plans for an “autonomous vehicle” with officials at California’s department of motor vehicles (DMV), the Guardian has learnt.

According to documents obtained by the Guardian, Mike Maletic, a senior legal counsel at Apple, had an hour-long meeting on 17 August with the department’s self-driving car experts Bernard Soriano, DMV deputy director, and Stephanie Dougherty, chief of strategic planning, who are co-sponsors of California’s autonomous vehicle regulation project, and Brian Soublet, the department’s deputy director and chief counsel.

The discussions come as Google and Uber are both advancing their plans to develop self-driving cars. Google already has a fleet of robot cars on the streets of California and is planning to have several hundred built in the near future.

Last month, the Guardian disclosed that Apple had looked into booking a secure car testing site in California to road-test its vehicle, codenamed Project Titan. Maletic wrote the mutual confidentiality agreement signed by GoMentum Station, a disused military base near San Francisco with miles of empty streets for driverless cars, when Apple inquired about testing there in May.

The department would not comment on what was discussed at the August meeting, beyond saying that “the Apple meeting was to review [the] DMV’s autonomous vehicle regulations.”

California’s DMV is developing regulations for the eventual deployment and public operation of autonomous vehicles. These rules will establish requirements that manufacturers must meet to certify that their driverless vehicles have been successfully tested, meet safety criteria, and are ready for consumers to operate on public roads.

The DMV was meant to have drafted these rules by the start of 2015 but is running late. Many carmakers and automotive technology companies, including Volkswagen-Audi, General Motors, Nissan, Continental and Google, have been closely involved in the process, as California is widely expected to influence national rules in the future.

“Candidly, the regulations that get developed in California could be utilised by National Highway Traffic Safety Administration when it is in a position to develop federal regulations,” said Soriano at an industry event last week.

If Apple does seek a testing permit for its Project Titan self-driving car, it will have to sacrifice much of its legendary preference for secrecy. Manufacturers applying for a permit have to detail the make, model and vehicle identification number (VIN) of cars they want to test, share details of autonomous features and capabilities, and identify test drivers by name.

They will also have to explain how these safety drivers will be trained to cope with any malfunctions of the car. Manufacturers need to report every “disengagement” where the car unexpectedly hands control back to the driver, as well as all accidents it is involved in.

An alternative to taking to public roads is testing vehicles at a private facility such as GoMentum Station, although Apple is not believed to have carried out any experiments there to date. A simpler option would be to buy its own property and test in complete secrecy without the need for any permits whatsoever – something the company may already have been doing for some time.

The fact that Apple is approaching the DMV now suggests that its autonomous vehicle, whatever it might be, is almost ready for public view. According to documents obtained by the Guardian, Apple has appointed an engineering program manager (EPM) to Project Titan. EPMs generally arrive on an Apple project once a product is ready to leave the lab, and coordinate the work of teams of hardware and software engineers.

That work is happening at a low-profile office and lab complex in Sunnyvale codenamed SG05, where a $4.6m refurbishment that began last July is still incomplete. In August, city building inspectors complained that getting access had “been challenging due to the need to keep doing business and [the] secrecy of equipment in certain areas.”

Wind River along with TRC, OSU & City of Dublin to...

Renesas delivers a kit to accelerate development of autonomous vehicles