Transportation fleet company rideOS has raised $25 million in Series B funding. Next47, the Siemens-backed global venture firm, led the round with participation from existing investor Sequoia Capital and a new investor, Singapore-based ST Engineering Ventures. Next47 will join the rideOS board and will be integral in guiding rideOS in European transportation markets through global presence from Siemens. The Series B investment brings rideOS’s total funding to $34 million.

The Series B closely follows two key partnership announcements with Autonomic, a Ford subsidiary, and Singapore’s ST Engineering. rideOS and ST Engineering have partnered to expedite the safe roll-out of autonomous mobility systems in Singapore, and ST Engineering Ventures subsequent participation in rideOS’s Series B serves as additional validation of the companies strong commitment to creating a global collaborative framework for a next generation traffic control system for self-driving vehicles. 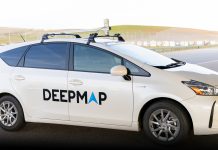