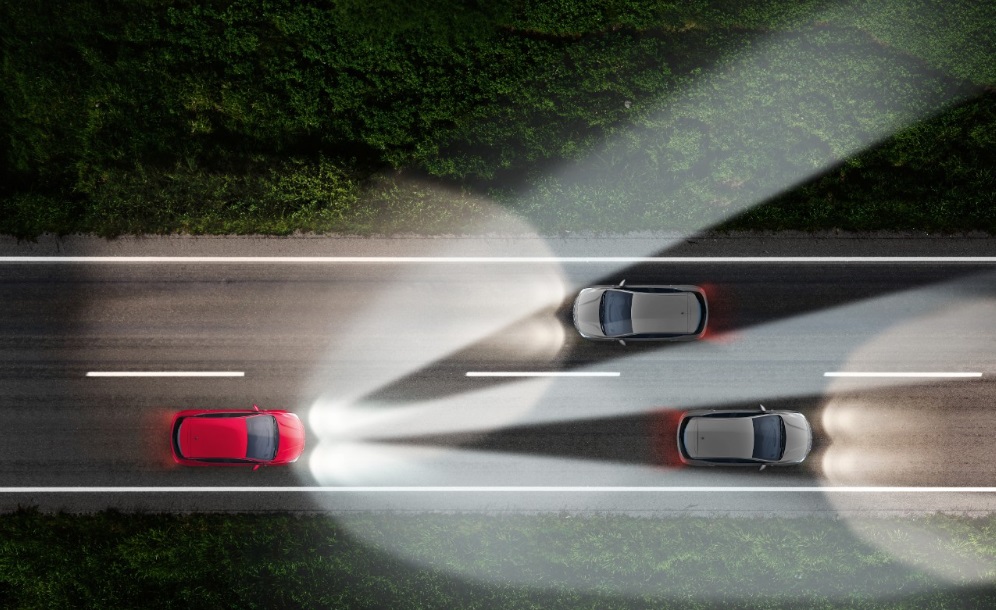 According to statistics, a car collides with a deer, a stag or a wild boar every 2.5 minutes in Germany. In the dark time of the year, the likelihood of an accident increases especially in forested areas. In the longest nights of the year just before Christmas, more than 16 hours pass between sundown (16.16 CET) and sunrise (8.25 CET) – giving the game enough time to move around unnoticed. Obviously, the busiest hours of the day from a traffic perspective will into this period meaning that game and cars will be on collision course more often. Drivers who can see further and recognize dangers earlier will have a clear advantage. The adaptive LED matrix light in the new Opel Astra enables driving with permanent high beam – without glaring other road users. This allows traversing game to be noticed before the animals would appear in the light cone of normal headlights. The intelligent lighting technology recognizes oncoming are preceding traffic and simply fades them out. It is a revolutionary increase in safety available in the new Astra from €850.

“We are democratizing technology by making innovations affordable and bringing them to high volume vehicles. Our new LED matrix light, IntelliLux, is a perfect example. With the introduction of this lighting technology to the Compact Vehicle Class, Opel is the first automaker to offer this highly efficient and high performance lighting system in this segment. Our integration of the LED Technology provides outstanding night time performance enhancing safety for the driver and those around them,” says Charlie Klein, Vice President Vehicle Engineering at Opel.

Consisting of 16 LED segments – eight on each side of the vehicle – the new matrix system switches the high beam on as soon as the vehicle exits an urban area and then automatically and constantly adapts both the length and shape of the light cone for every traffic situation. Using input from the Opel Eye front-mounted camera to detect the light source from a vehicle approaching or immediately ahead, IntelliLux automatically deactivates individual LEDs in the relevant zone which could blind other drivers – a decisive safety advantage. Research conducted by the Darmstadt University of Technology and by the European LightSightSafety initiative also shows this. At speeds of 80 km/h, drivers with the full LED matrix systems see objects located at the side of the road 30 to 40 meters earlier than drivers in vehicles equipped with conventional halogen of xenon lights. That gives the driver an additional 1.5 seconds to react to game crossing the road for example. However, not only Astra drivers benefit from IntelliLux LED. When the camera detects light sources from oncoming or preceding traffic, individual LEDs in the relevant zone are deactivated, simply ‘cutting out’ the area around the vehicles. The rest of the road and its surroundings remain brightly illuminated.

The Opel engineers have developed an extremely affordable and intelligent full LED lighting system in IntelliLux LED. As some Astras will not necessarily be ordered with an integrated navigation system, the technology has to recognize whether the vehicle is the vehicles is in an urban area or on a country road itself. IntelliLux is therefore the first matrix light system for a serial production car that continuously reacts to its environment without relying on information from a navigation system. Apart from the different automatic low beam and full beam settings, IntelliLux LED also has a special highway setting that further increases safety at night. In addition, a special Welcome Light function makes getting in and out of the new Astra in the dark more comfortable.