The myDriveAssist app recently released by Bosch is able to read traffic signs as well as to record and process other information for new vehicle functions. The data is collected by smartphones on the road, then analyzed by a central server and made available once again to the vehicle applications.

The Bosch app available free of charge in the App Store and Google Play Store uses the camera integrated in the smartphone to read traffic signs. With its help, the program recognizes traffic signs as it is “driving by” and identifies speed limits, cancellation signs and no-passing zones. In addition, the myDriveAssist app warns the driver visually and acoustically not to exceed the speed limit.

The traffic signs recognized can also be used to update the digital map stored on a central server: the traffic sign the camera identifies and its position as determined by the GPS receiver are reported anonymously to the central server. You could say that the camera “observes” the surroundings “through the eyes of the cars.”

A maze of signs

The information on the surroundings that users gather can be very quickly integrated into the digital map. The speed limits can then be automatically shared with and made available to other road users. This means that drivers are no longer dependent on local traffic signs alone; they can reap the benefits of the latest information available across the entire country. The smartphone myDriveAssist app now helps you to make your way through the traffic-sign jungle and increases traffic safety. 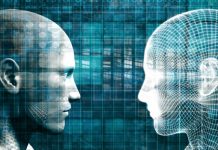 Groupe PSA and Inria create an OpenLab for AI applications 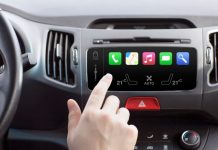 US: Google is using app to control autonomous car prototype