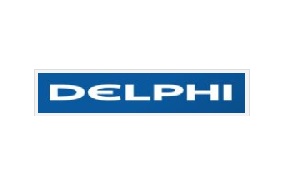 Delphi announced that it has signed an agreement to acquire nuTonomy, Inc. for an upfront purchase price of $400 million and earn-outs totaling approximately $50 million. The transaction brings together the leading start-up and Tier 1 in autonomous driving (AD) and further accelerates Delphi’s commercialization of AD and Automated Mobility on-Demand (AMoD) solutions for automakers and new mobility customers worldwide.

Founded in 2013 by Dr. Karl Iagnemma and Dr. Emilio Frazzoli and recently named a World Economic Forum Technology Pioneer, nuTonomy is developing a proprietary full-stack AD software solution for the global AMoD market. The company will add more than 100 employees, including 70 engineers and scientists, to Delphi’s more than 100-member AD team, while increasing Delphi’s access to new customers and markets in the emerging mobility space.

Upon completion of the transaction, Delphi will have AD operations in Boston, Pittsburgh, Singapore, Santa Monica, and Silicon Valley. nuTonomy will continue to be based in Boston, where both companies currently operate AMoD pilot programs. By combining efforts with nuTonomy in Boston, Singapore, and other pilot cities around the world, Delphi will have 60 autonomous cars on the road across three continents by year-end, with the goal to further accelerate global fleet expansion and technology development.

The acquisition of nuTonomy is the latest in a series of investments that Delphi has made to expand its leadership position in the new mobility space, including the acquisition of AD software developer Ottomatika and data service companies Control-Tec and Movimento.

Intel will acquire Mobileye for $15.3 billion