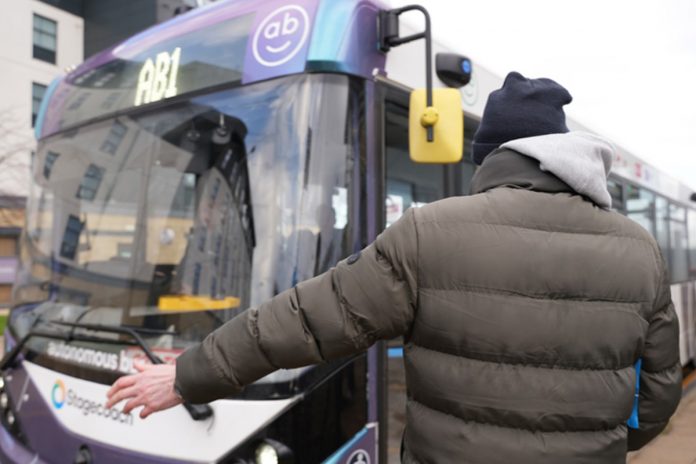 Stagecoach, a bus and coach operator based in the UK, has launched CAVForth – a project that will conduct real-world testing with a full sized autonomous bus. The operator confirmed that the bus has already transported its first group of passengers along a route in East Scotland.

The project is partly funded by the UK Government’s Centre for Connected and Autonomous Vehicles and will be the first registered service in the country to use full sized autonomous buses. Utilizing a fleet of five Alexander Dennis Enviro200AV vehicles, CAVForth will cover a 14-mile (22-km) route in mixed traffic, at a maximum speed of 50 mph (80 km/h), from the Ferrytoll Park & Ride in Fife, to Edinburgh Park’s transport interchange.

Once registered, the service will operate a frequent timetable – with Stagecoach expecting the project’s capacity to reach around 10,000 journeys per week.

As part of CAVForth’s testing process, Stagecoach invited a group of passengers from its Co-Design Panel to travel on the route, gathering user feedback, views, and potential improvements for the service ahead of its full public launch in spring 2023.

The Co-Design Panel is comprised of local bus users who volunteered to help Stagecoach, and its project partners, understand how an autonomous bus service should operate. The panel has facilitated, for example, an on-board bus captain in the saloon that will help and reassure passengers with queries, boarding, and ticket purchases.