The first two vehicles in the lineup — a flagship sedan and SUV — will have autonomous parking and other automated driving features, as well as a 93kWh battery that comes standard. SAIC will begin taking orders for the sedan at the Shanghai Auto Show in April, with the SUV following in 2022.

These models will have multi NVIDIA Orin SoCs (system-on-a-chip) at the core of a centralized computer system, achieving 500 to 1,000+ TOPS of performance for automated and autonomous capabilities in addition to in-cabin personalization that is continuously upgradable over-the-air for a truly software-defined experience.

By centralizing and unifying the compute architecture, IM vehicles will be able to receive advanced software features as they’re developed. Just like a mobile phone, which periodically gets software updates, these software-defined vehicles will do the same.

Orin is capable of delivering up to 254 trillion operations per second (TOPS) to handle the large number of applications and deep neural networks that run simultaneously in autonomous vehicles and robots, while meeting systematic safety standards such as ISO 26262 ASIL-D. 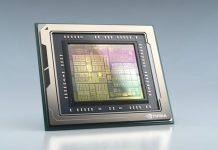 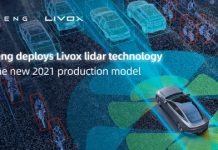