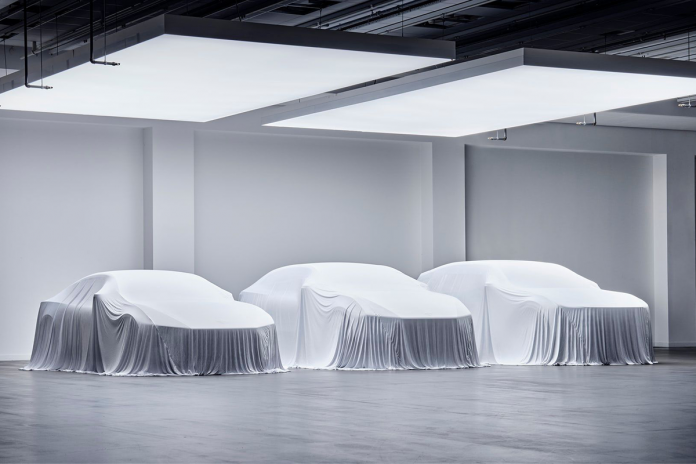 Polestar has announced its intention to become a public company through a listing on the Nasdaq stock market. As part of the announcement, it teased the addition of three new EVs to its vehicle line-up.

The Volvo subsidiary has said that it will go public through a new partnership with Gores Guggenheim – a special purpose acquisition company (SPAC) formed by The Gores Group, a global private equity firm, and Guggenheim Capital, a global investment firm. Through this merger, Polestar is set to be valued at $20 billion (€17.6 billion/£14.6 billion). Ultimately, by going public, it hopes to raise the necessary funds to launch three new electric vehicles before 2024 – all of which were teased in a new image released by the OEM – and achieve its goal to sell 290,000 EVs per year by 2025. Two of these new EVs are expected to come in the form of its Polestar 3 electric SUV and the production version of its Precept concept car. While these EVs had previously been announced by Polestar, details on the third vehicle have not yet been disclosed.

Following its merger with Gores Guggenheim, Polestar will become a combined company called ‘Polestar Automotive Holding UK Limited’ and will be listed on the Nasdaq under the ‘PSNY’ ticker symbol. The transaction itself is set to close in the first half of 2022. At this time, members of the public (including Polestar’s customers) will be able to buy shares in the combined company.

As part of the new deal, Volvo will invest a further $600 million ($446.4 million / €516.6 million) into Polestar and is expected to hold around 50% in the combined company. Likewise, the SPAC formed by The Gores Group and Guggenheim Capital will invest $800m (£595.1 million / €688.6 million) into Polestar alongside a PIPE (private investment in public equity) of $250 million from other institutional investors.