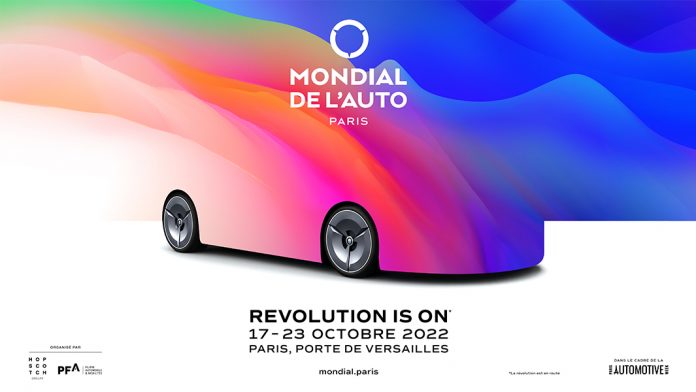 Automakers from Europe and beyond have come together to showcase their latest releases and reveal new innovations at the 2022 Paris Motor Show. Held at the Paris Expo Porte de Versailles, this year’s event follows a four-year absence after the COVID-19 pandemic cancelled the 2020 edition. This article rounds up the most interesting announcements made by some of the most well-known automakers, as well as those from newer players to the European market.

On the show floor, Alpine premiered Alpenglow – a hydrogen-based concept car designed to preview the brand’s upcoming vehicles. Intended for use on both the track and open roads, the concept’s internal combustion engine draws power from two 700-bar cylindrical hydrogen tanks positioned either side of the single driver seat.

BYD showcased a trio of EVs it plans to roll out across Europe before the end of 2022 – the Atto 3 crossover, Tang SUV, and Han sedan. While detailing the final specifications and pricing for those models, BYD confirmed that its Seal electric sedan, also exhibited at the show, would come to Europe in 2023.

While revealing its new brand identity, Dacia underlined its electrification commitments at the auto show – debuting its Manifesto concept car and the Hybrid 140 engine, its first electrified powertrain. Presented as a multifuel vehicle with smartphone-based infotainment, and a YouClip grip system for attaching accessories, the Manifesto previews the features that could arrive in future Dacia models.

For DS Automobiles, Paris Motor Show marked the world premiere of the limited-edition DS 9 Opéra Première and the New DS 3. For 2022, the electric DS 3 offers drivetrain, battery, and range improvements alongside the new DS Iris infotainment system, which is hosted on a standard 10.3-inch HD central display.

Hopium, a newer player in the European auto space, revealed the Machina Vision FCEV – a production version of its 2020 concept. Its cylindrical hydrogen tanks power electric motors that output 367 kW of power and enable a 1000-km range. The car’s infotainment system spans the full dashboard and is operated by haptic controls.

Headlining Jeep’s presence is the 2023 Jeep Avenger SUV, the brand’s first BEV. Tailored for the European market, it offers a 54-kWh battery with a 156 hp motor, enabling a 249-mile range. Joining the Avenger is its all-terrain version, the Avenger 4×4 Concept, which features a modified exterior and dedicated off-roading capabilities.

The Renault Group’s electric mobility brand made its global debut at this year’s event – presenting new EVs alongside a range of e-mobility and charging products. At the forefront is the Mobilize Duo, an electric two-seater quadricycle available through a ‘Vehicle-as-a-Service’ approach, and the Mobilize Limo – an electric sedan purpose-built for ride hailing.

Following its initial announcement, the NamX HUV was introduced at this year’s Paris Motor Show. The FCEV partially draws power from a removable tank system consisting of a fixed tank and six removable capsules. Orders are already open for the SUV, which offers a 542 bhp electric motor and 800-km range, ahead of a 2025 launch.

In addition to showcasing the Funky Cat (and its GT version) ahead of its European launch, the GWM brand unveiled the 2023 Ora Next Cat. The near-production electric saloon concept provides a 700 km range from two electric motors. Inside, a 12.3-inch central touchscreen alongside integrations with Ora’s mobile app and facial recognition capabilities.

Peugeot debuted the 2023 408 at the auto show, available in petrol and PHEV guises at launch ahead of an electric version in due course. As a 165 kW PHEV, it offers an estimated electric driving range of 40 miles. Inside, a 10.0-inch central touchscreen provides wireless Apple CarPlay and Android Auto capabilities.

For its home show, Renault presented its latest vehicles alongside new debuts. Fronting its presence is the new Renault 5 – an urban concept EV leveraging the new ePT 100 kW motor set to launch in 2024. The OEM’s new 4EVER EV will follow in 2025 as a rugged crossover inspired by the Renault 4.

Following its debut at the 2018 show, VinFast is now introducing the VF 6, VF 7, and VF 8 to the European auto market. The start-up also confirmed plans to establish new headquarters in Frankfurt, Paris, and Amsterdam and open stores in several European cities – starting with a flagship in Cologne next month ahead of further openings in 2022 and 2023.

Ahead of its own entry into the European market, Wey showcased two crossover PHEVs set for launch the region – the Coffee 01 and Coffee 02. Starting at €55,900, deliveries for the Coffee 01 will begin in November for the German market. The Coffee 02 will follow in 2023, available first in Belgium and France.