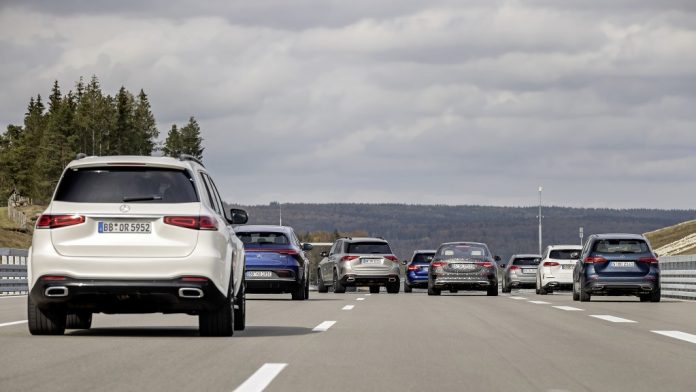 Mercedes-Benz has met the necessary legal requirements to achieve UN-R157, a technical regulation that facilitates the delivery of Level 3 autonomous driving functions internationally – subject to national legislation. System approval was granted by the German Federal Motor Transport Authority (also known as the KBA).

The OEM plans to utilize this approval to launch its Drive Pilot system in 2022 with the new S-Class and EQS EV. It allows the vehicle to drive in a conditionally automated mode at speeds of up to 37 mph (60 km/h) in heavy traffic or congested situations on select stretches of German motorways. While the system is running, the user can interact with their vehicle’s central display to shop online or process e-mails through the in-car office. Applications enabled on the vehicle’s integrated central display during Drive Pilot operations are otherwise blocked while driving.

Drive Pilot’s relevant controls will be located on the steering wheel rim, on the left and right, above the thumb recesses. When activated, the system controls speed and distance while guiding the vehicle within its lane. The route profile, events occurring on it, and traffic signs are taken into equal consideration. Drive Pilot also reacts to unexpected traffic situations and can handle them independently.

Building on the surround sensors offered in Mercedes-Benz’s Driving Assistance Package, DRIVE PILOT adds further sensors to facilitate its autonomous driving functions. These include LiDAR, a rear window camera and microphones, which can, together, detect signals from emergency vehicles, as well as a wetness sensor in the wheel well.

The system operates based on a variety of data. In addition to receiving data from these sensors, Drive Pilot sources road geometry, route profile, traffic sign, and unusual traffic event information from a HD map. This is made available and updated via a backend connection. The S-Class with the optional Drive Pilot also features redundant steering and braking systems alongside a redundant on-board electrical system. These technologies allow the vehicle to remain maneuverable even if one of these systems fail and ensure the driving task is safely handed back to the driver.

If the driver fails to take back control even after increasingly urgent prompting and expiry of the takeover time, the system brakes and decelerates the vehicle to a standstill. Once it has come to a standstill, the hazard warning lights are switched on, the emergency call system is activated, and the doors and windows are unlocked to provide easy interior access for any first responders.

Mercedes-Benz is initially offering Drive Pilot on more than 8,000 miles (13,191 kilometres) of motorway in Germany and is already conducting test drives in other regions, including the U.S. and China. However, Drive Pilot will not be introduced in these markets until a domestic legal framework for conditionally automated operation is introduced.

A key element of the technology behind Drive Pilot is a high-precision positioning system that works to pinpoint the location of the new S-Class and enhance system reliability. Data obtained from satellite navigation is matched with sensor data and data from an HD map.

This map provides a three-dimensional view of the streets and environment around the vehicle. Its data is stored in back-end data centers and continually updated. Each vehicle also stores an image of this map information on board to compare it with the backend data, updating it when necessary, to provide stable positioning through a representation of the vehicle’s surroundings. This also provides another data source in the event of shadowing effects from the camera or an unresponsive sensor. This use case is also applicable to other information, including road geometry and special traffic events. 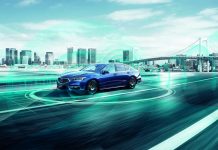