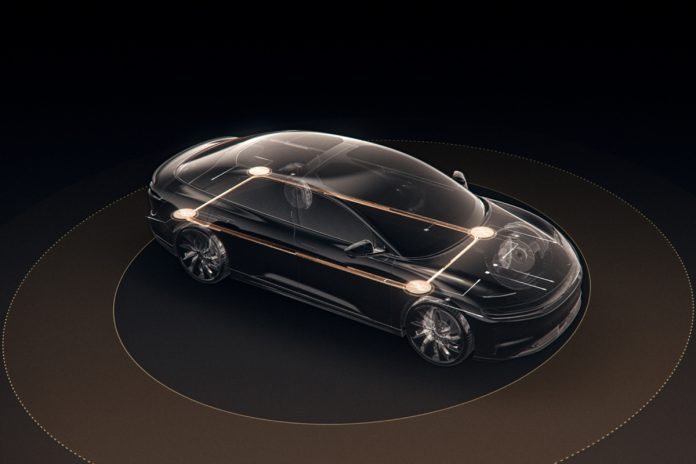 Lucid has announced DreamDrive, an on-board ADAS for its forthcoming Air EV. The new system takes advantage of fourteen visible-light cameras, five radar units, four surround view cameras and ultrasonic sensors located around the vehicle that aim to help users reach their destination safely. An advanced version of the system includes a solid-state LiDAR sensor that delivers high-resolution data and an ultra-wide field of view.

It is the latest in a series of new ADAS announcements from American OEMs – following Tesla’s continual development of its Autopilot and FSD systems, as well as GM’s recent announcement of Ultra Cruise – demonstrating a clear interest in these technologies as they become available alongside the potential for their expansion through over-the-air (OTA) updates.

At the core of DreamDrive is Lucid’s proprietary Ethernet Ring, a data network comprised of four computer gateways (situated at each corner of the Air) capable of communicating with each other at gigabit speeds. The ring powers more than 30 DreamDrive features, such as collision avoidance, Highway Assist, Traffic Jam Assist and Auto Park – all of which are standard on the base version. It also works to enable high performance and facilitate a high degree of redundancy across DreamDrive’s key systems – including steering, braking, sensors and power.

“With Software-Defined Vehicles, the core networks will manage data from all domains, so it’s vital to introduce this robustness into the foundation of the E/E Architecture. As we take the leap towards Software-Defined Vehicles, I’m relieved to see Lucid putting in robust architectural foundations with a redundant Ethernet ring” says Simon G. Halford – Domain Principal for E/E Architectures at SBD Automotive. “The industry needs to adopt this as best practice as we deploy critical systems onto Ethernet.”

DreamDrive’s Highway Assist feature groups together adaptive cruise control and lane centering control to ensure that a safe distance is kept, and retained, between the Air and the vehicle in front of it. It works in a similar way to ensure that the EV stays in its lane when driving along a freeway or highway. Highway Assist additionally takes advantage of several biometric security systems to ensure drivers remain attentive when using it. In the vehicle, an infrared camera tracks the user’s head position, eye gaze and blinking, while a hands-off detection system notifies the driver to keep their hands on the wheel immediately upon removal. If they do not respond to this notification, Highway Assist autonomously slows the EV to a halt before activating the emergency brake and turning on its hazard lights. At this point, the system will activate a high-pitched sound and open the vehicle doors, allowing first responders to access the vehicle and its occupants.

Operating between 0 to 40 mph (64 km/h), DreamDrive’s Traffic Jam Assist centers the vehicle when lane lines are occluded in close traffic scenarios. Likewise, its Auto Park feature identifies parallel or perpendicular parking sports around the user’s location. Upon finding a space, it is capable of managing all aspects of vehicle control when entering, or exiting, the spot – including the selection of gears, steering, driving forward, and reversing. When parking on a hill the feature is equally capable of turning the front wheels toward, or away, from the curb based on which way the car is facing. The Air’s surround view monitoring system supports Auto Park by providing the user with a 360-degree view of the vehicle to ease maneuvering in tight spaces at low speeds.

An advanced version of Lucid’s ADAS, called DreamDrive Pro, offers the above systems alongside additional computing and sensor hardware. The most notable of these additions comes in the form of the Pro version’s LiDAR system, but also in its capability to deliver new features through OTA updates. One of these features is Highway Pilot, a system that would allow for conditional hands-free driving. Lucid also confirmed that these updates would be used to deliver new functions to DreamDrive’s Highway Assist, which are currently in development. DreamDrive Pro also takes advantage of the Air’s 21-speaker Surreal Sound system to deliver clear, directional, alerts intended to enhance the vehicle’s safety features – including Front and Rear Cross Traffic as well as Autonomous Emergency Braking. Lucid’s DreamDrive ADAS is set to launch alongside its Air EV in late October 2021. DreamDrive Pro will launch at the same time, coming as standard on the Dream Edition (and the forthcoming Grand Touring trim) and optional on other Air trims. 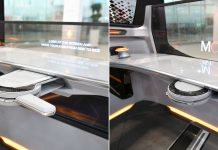 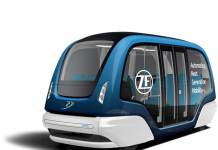