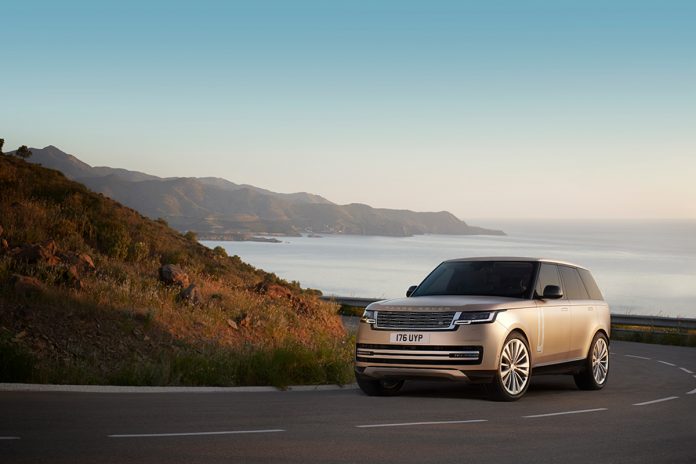 Land Rover has unveiled the New Range Rover, the fifth generation of its luxury SUV. Set to launch from early 2022, it features an advanced suite of technology and rides on the OEM’s new Modular Longitudinal Architecture (MLA) Flex platform.

Underpinning the vehicle’s technology suite is the newest version of Land Rover’s Pivi Pro infotainment system. In the New Range Rover, it is hosted on a 13.1-inch curved central display and a 13.7-inch Interactive Driver Display. The central display leverages haptic feedback to ensure the driver’s eyes remain on the road and supports wireless smartphone mirroring through Apple CarPlay and Android Auto. The Interactive Driver Display serves as a digital instrument cluster and can be customized through controls on the steering wheel.

In addition to these displays, the vehicle’s rear occupants can benefit from its Rear Seat Entertainment system. It sees a pair of 11.4-inch HD touchscreen displays mounted to the back of the front seats for second row passengers to interact with. Each display can be operated independently and can connect with many consumer devices through an HDMI port. Both can be controlled through a smartphone app and are capable of streaming entertainment content when connected to the vehicle’s Wi-Fi hotspot. The functionality of these displays can be enhanced through the optional Executive Class Rear Seats, which feature an 8.0-inch Rear Seat Touchscreen Controller that allow the user to adjust the seating position to their liking and control other in-cabin functions.

Further technology functions are enabled by EVA 2.0, Land Rover’s Electronic Vehicle Architecture system. These include software over-the-air updates for more than 70 electronic modules, wireless charging for Qi compatible smartphones, active noise cancellation, a Wi-Fi hotspot capable of connecting eight devices simultaneously, and a built-in Amazon Alexa voice assistant. The AI assistant, activated through the ‘Alexa’ voice command or a dedicated button on the central touchscreen, allows users to control infotainment features and some vehicle functionality. For example, users can control the vehicle’s navigation and hands-free calling systems and connect Alexa to both their smart home devices and other Alexa-enabled devices.

From early 2022, owners of the New Range Rover can benefit from its Remote Park Assist. Activated through Pivi Pro, it allows users to slowly maneuver the vehicle in and out of parking spaces through a smartphone app. Operating within a three-meter radius, the system leverages the SUV’s ultrasonic sensors and onboard cameras to monitor its surroundings for any potential hazards. While this system comes as standard, some ADAS including Adaptive Cruise Control with Steering Assist and Blind Spot Assist are available exclusively through the OEM’s premium Driver Assist Pack.

Land Rover is providing consumers with a variety of options when it comes to buying its new SUV. Among the models announced by the OEM are two extended range PHEVs, the P440e and P510e. Both vehicles combine a six-cylinder Ingenium petrol engine with a 38.2 kWh battery, and a 105 kW electric motor, to deliver an electric driving range of up to 62 miles (100 km). This amounts to a real-world driving range of up to 50 miles (82 km), which Land Rover says is sufficient for the majority of journeys taken by its customers today. Both PHEVs have a maximum speed of 87 mph (140 km/h) and adopt eHorizon navigation data to optimize energy usage.

MHEV and ICE versions of the New Range Rover are available to order now, while orders for the PHEV versions will open in early 2022. In addition to these models, Land Rover has confirmed that it will offer a BEV version of the SUV from 2024. 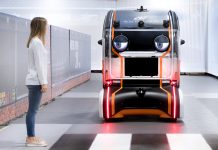