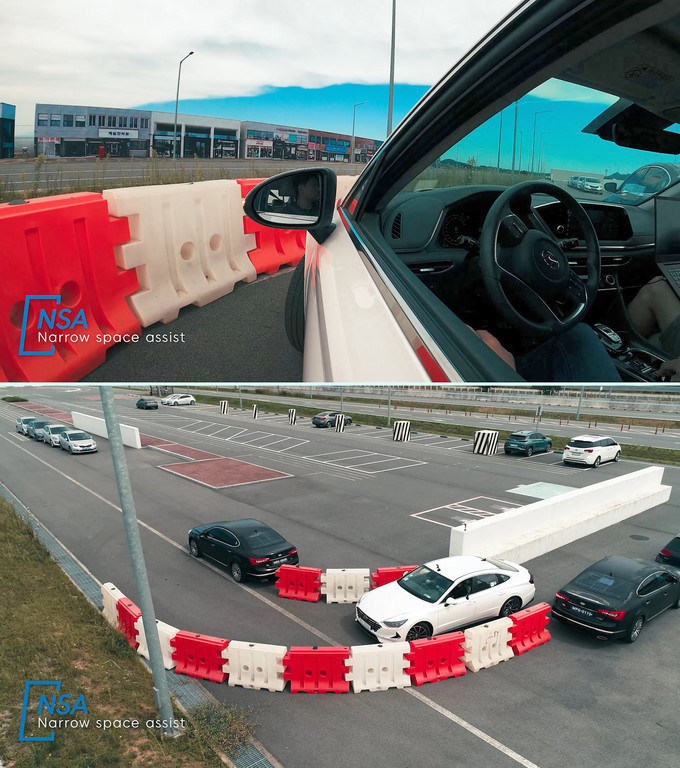 With the system, the car can autonomously drive through a narrow street by avoiding obstructions, through the revolving gate of an underground parking lot, or backwards at a dead end where two cars are facing each other.

The system’s NSA feature means that the car needs only 16 inches of space on both sides to drive through a narrow street independently, while RA records the car’s travel route in real-time to create the reverse route by itself. The steering wheel and vehicle speed are controlled automatically.

The Remote Smart Parking Assistance (RSPA) system is capable of parking a car at a right angle, or in parallel, by finding an empty space. 3D Surround View Monitor (SVM) provides a better parking experience by displaying the car’s surroundings in the 360 degree space around it. Rear-autonomous Emergency Braking (R-AEB) is also noticeable.