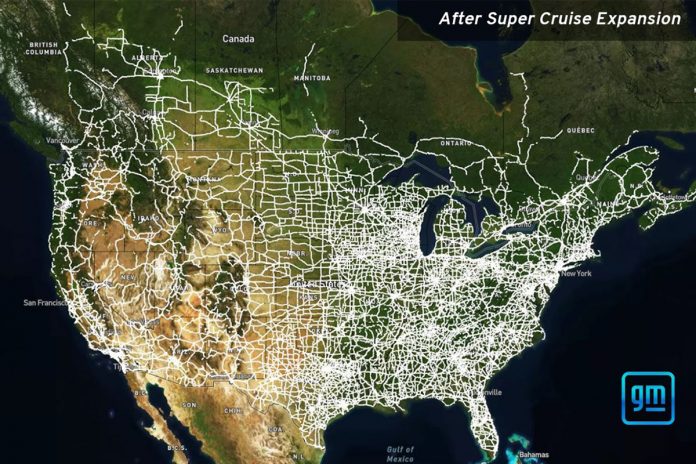 GM has detailed the first steps it will take to expand the network utilized by its Super Cruise ADAS. The road network encompasses the compatible mapped highways where customers can engage the hands-free system. It follows the company’s earlier plans to double the reach of this network to span more than 400,000 miles (644,000 kilometres) of roads in the U.S. and Canada on select vehicles.

The first vehicles to receive this expansion will be full-size SUVs built by GM on Oct. 3, 2022 or later for launch in mid-November 2022. Customers who ordered the following vehicles with Super Cruise will benefit first from the expanded ADAS network – the 2023 Chevrolet Tahoe (High Country and Premier trims) and 2023 Chevrolet Suburban (High Country and Premier trims); the 2023 Cadillac Escalade, Escalade ESV, and Escalade-V models; and the 2023 GMC Yukon Denali Ultimate.

By the end of 2023, GM plans to bring Super Cruise to 22 vehicles globally, with Ultra Cruise available later on for certain premium entries. With both, GM hopes to bring ADAS to more customers around the world at more price points.