ECARX has announced its plans to enter into a merger agreement with the COVA Acquisition Corporation in a deal representing a combined company pro forma equity value of approximately $3.82 billion. This figure includes $300 million cash held in trust by COVA, and $45 million in additional capital from Geely Holding Group, Luminar, and Lotus Technology.

When the deal is completed, ECARX expects to be listed on the Nasdaq under the “ECX” ticker symbol. The transaction is expected to close in Q4 2022, subject to customary closing conditions and the approval of shareholders from both ECARX and COVA.

ECARX was co-founded in 2017 by Ziyu Shen, Chairman and CEO, and by Eric Li (Li Shufu), the founder and chairman of Geely. Geely has been a close partner of ECARX over the years, benefiting from its connection and access to the company while showing growth potential within the Geely ecosystem. This connection to Geely and its ecosystem also allows ECARX to facilitate its existing business relationships with major OEM brands.

Through these strategic relationships, the startup creates robust pathways to third party OEMs and international growth, with multiple development and commercialization opportunities. Since its founding, the company has grown to serve 12 OEM brands, including the Geely Auto Group, Lotus, Mercedes-Benz, Proton and smart, and eight Tier 1 suppliers worldwide. In the future, it will look to scale and expands its global reach.

Today, ECARX develops hardware and software solutions for the development of connected, automated and electrified mobility around the world. In the last three years, the startup’s technology has been integrated into more than 3.2 million vehicles worldwide. It also partners with OEMs across the early development cycle to deliver a fast, robust product roadmap and build an automotive technology platform that best meets their needs. In the future, it is looking to develop new technologies and partners through the opportunities presented by the transition to fully connected, autonomous, and electrified vehicles.

ECARX’s platform roadmap consists of several technologies – including combined SoC core modules and a versatile operating that, together, simplify and accelerate product development. Currently under development is an automotive central computing platform, an operating system and software to deliver the digital cockpit, ADAS, autonomous driving, and functional safety solutions. In carrying this work out, the company recently announced a collaboration with Luminar to further advance its autonomous technologies. 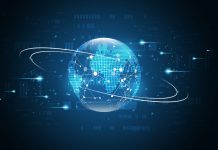 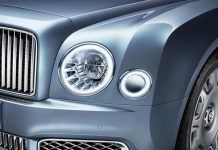