Motorists using active driving assistance systems, which combine vehicle acceleration with braking and steering, tend to overlook safety limitations when the branding and marketing used to sell it suggest an “automated” driving experience, according to new research from the AAA Foundation for Traffic Safety.  Researchers found consumer information that stresses convenience and capabilities while minimizing limitations can inflate expectations regarding what the system can do and the situations that it can handle. AAA warns that a false sense of system capabilities created by marketing campaigns can lead to dangerous scenarios on the road.

In this latest AAA Foundation study, 90 research participants received a brief overview of an active driving assistance system with a realistic but fictitious name. Before driving the same vehicle, half of the participants were told their system was called “AutonoDrive” and were given an upbeat training that emphasized the system’s capabilities and driver convenience. The other half of the participants were told their system was named “DriveAssist,” and their training placed greater emphasis on the system’s limitations and driver responsibility. Participants trained on AutonoDrive came away with greater confidence — and in some cases, overconfidence — in the system. After completing the training and driving the test vehicle, 42% of the participants using AutonoDrive, said its name made the system sound more capable than it is, while only 11% of DriveAssist users felt the same. Also, compared to those who learned about DriveAssist, participants trained on AutonoDrive were more likely to believe erroneously that the system would behave as outlined below.

Potential consumer misunderstandings of new vehicle technology need to be addressed. In a previous survey, 40 percent of Americans told AAA they expect active driving assistance systems, with names like Autopilot and ProPILOT, to have the ability to drive the car by itself. AAA recommends that automakers provide consumers information that is not only technically accurate but also balanced in terms of setting expectations that match what consumers will ultimately experience on the road. For consumers, there must be an emphasis on driver engagement and understanding the limitations of these technologies. Car dealers have a responsibility to educate car buyers on these technologies, but not to oversell a vehicle’s bells and whistles.

Purpose – Learn the purpose of active driving technology by reading the vehicle’s owner’s manual and visiting the manufacturer’s website.

Limitations – Understand what the technology cannot do; do not make any assumptions about automation. An active driving system should not be confused with a self-driving one.

Never Rely On It – Do not rely on this technology; instead, act as if the vehicle does not have it with the driver always prepared to retake control if needed. 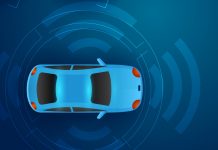