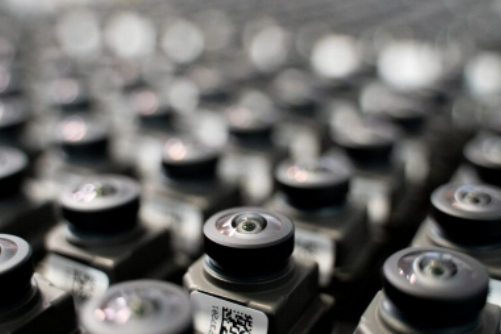 Valeo has produced its one hundred millionth automotive nearfield camera, which gives the car its rear and surround vision.

The first camera rolled off the Irish production lines in 2002. Eight years later, in 2010, one million units were delivered to customers. In 2013, the ten-millionth camera threshold was hit, and in 2015, the figure doubled to 20 million. Between 2015 and 2018, output increased 30-fold compared with the first eight years, with 30 million cameras manufactured in three years, for a total of 50 million. The four years between 2018 and 2022 saw total production double and cross the 100 million camera mark. The Tuam site is at the heart of this industrial success, to which three other Valeo plants around the world have contributed (another in Europe, one in North America, one in Asia).

These 100 million cameras would not have been possible if Valeo had not successfully accomplished three revolutions. The first was in the field of industrial performance, where mass production made high-tech systems widely accessible across the world. Then came the safety and comfort revolution, which made it possible to see what was previously invisible and thereby ensure safer and easier mobility. Last was the intelligence revolution, when artificial intelligence algorithms and the associated software became core components of Valeo’s vision systems, enabling new capabilities such as through-the-body vision and autonomous parking and driving features.

Valeo has an extensive Research and Development center integrated into the Tuam site with a wide range of Product and Process Engineering skills in Mechatronics, Systems & Software as well as Test and Validation. More than 70% of its staff are engineers with coding expertise who have developed innovative features for the automotive industry. One example is image fusion technology, which creates a single snapshot from multiple video sources. This is how today, when drivers in many cars around the world shift into reverse, they can see their vehicle as if it were filmed from above by a drone – even though no such drone exists. The stream of images filmed, recorded and processed by artificial intelligence provides enough data for cars to reach level 2+ automation. In 2022, an important worldwide Valeo customer will release a vehicle equipped with this smart camera. It will have advanced assistance and automation features, both for parking (low-speed maneuvers) and for driving.

Valeo is already number one in the world in advanced driving assistance systems (ADAS), equipping one in three new cars globally with its technologies, and intends to accelerate even further in this field. Its cameras play an essential role in this acceleration. The Group announced this objective in February 2022 with the launch of its Move Up plan, the value creation strategy at the heart of the four megatrends that are disrupting mobility (electrification, ADAS, reinvention of the interior experience and lighting). 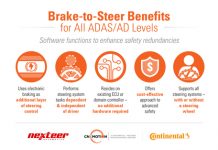 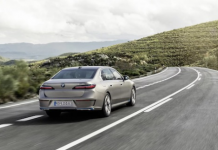